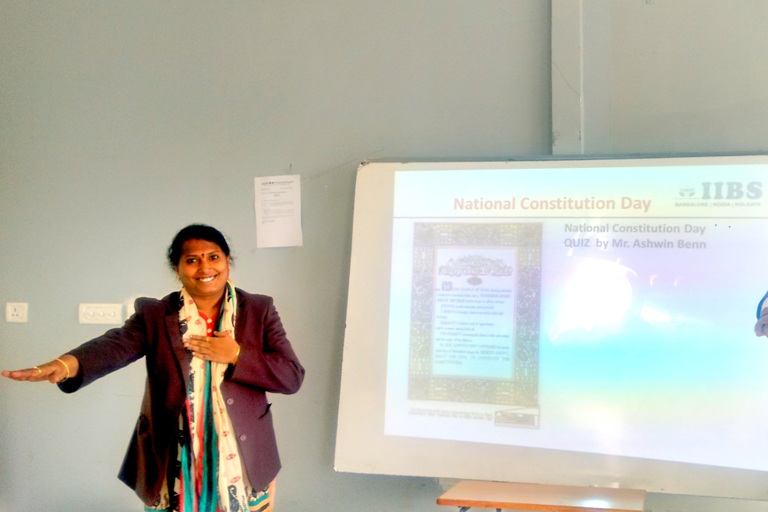 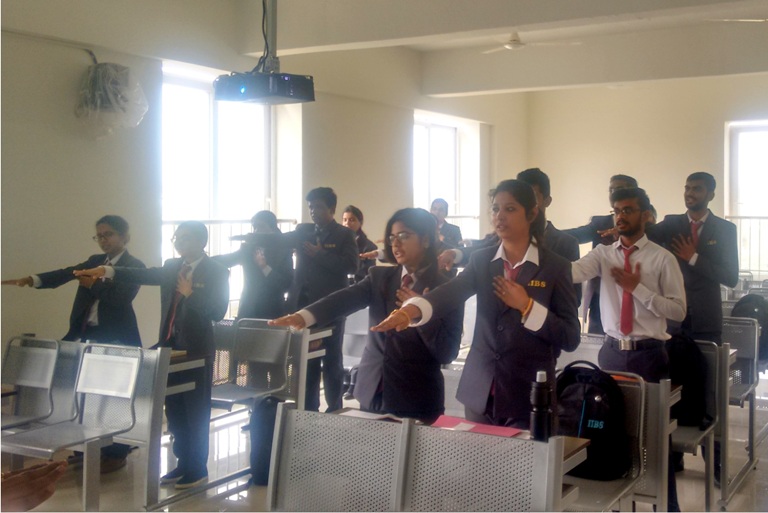 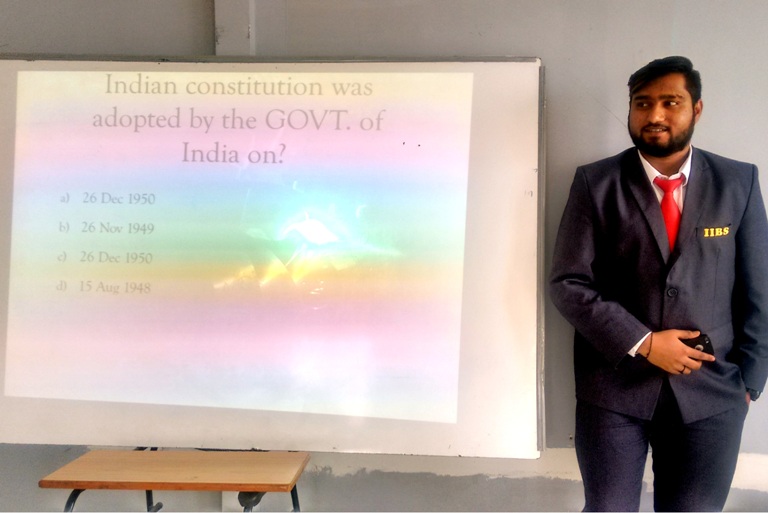 The different questions asked were very knowledgeable as it helped us to gain some information about both the history and present of our Indian Constitution. And we also took a constitutional oath at the last and concluded the event! It was the very proud movement for all of us.


62nd Kannada Rajyothsava is celebrated on 16th November 2017 at IIBS Campus as a tribute to the formation of Karnataka state. The program is coordinated by Prof. Samiya Mubeen. The event is hosted by the students, where students came in the traditional attire representing the culture.

The event conducted at the IIBS campus is presided by Prof. Kuldeep Sharma, Dean and Prof. H. Prabhakar as Head of the department. The event started with the lightening of lamp by Dignitaries and Ganesha Vandana by Students.  Later the Prof. H. Prabhakar addressed the gathering and explain the formation of Karnataka state, its culture, diversity, and so.

The all  IIBS family members joined and participated in a gracious occasion to be successful. Many students came forward to share the History, origin, culture, ethnicity. Later the students had given the speech about Kannada Rajyothsava and importance of Kannada Rajyothsava. The video is presented by Mr. Dinesh with the coordination of Mr. Prithvi PGDM students on Karnataka, its culture, nature and so.

India is a country of different states and culture. IIBS consists of students from different part of the country. In tribute to entire Indian culture, an ethnic day is celebrated on 16 November 2017.

In addition to ethnic day as a token of gratitude to welcome new members to IIBS family Fresher’s day is also conducted. The entire event is coordinated by senior students with the help of Prof. Samiya Mubeen, Prof. Rubina, and all staff members.

IIBS Surface 2017-Encourage every Management Students to Showcase their Talent 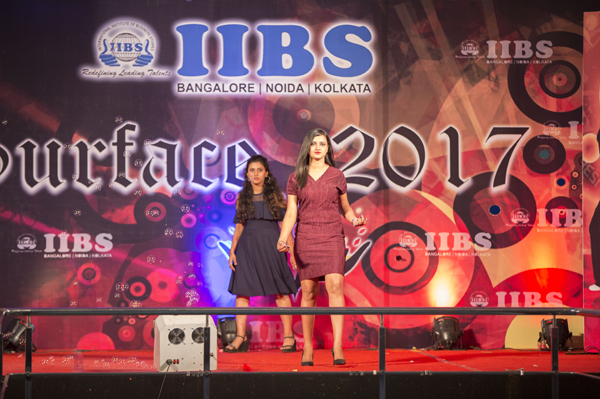 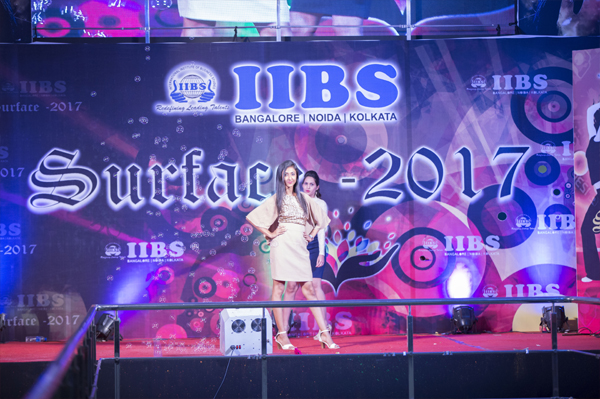 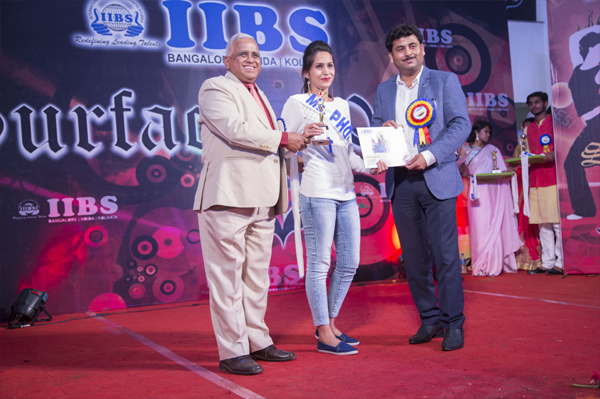 Surface is an amazing event where students from different universities of IIBS join together to showcase their individual talents.

The event took place on 28th October 2017, at IIBS Airport Campus, Bangalore. The event started off with the introduction of the dignitaries, the judges of the day followed by invocation song. Chairman Dr. Jay Prakash and Director Dr. K. Ramadas address the gathering.

The first performance was Ganesh Stuthi, a welcome dance performed by Mysore university students. After this, the cultural program for surface 2k17 started off. The various events that took place were- solo song & dance, Group song & dance, Skit and also the final candidate for the Best Manager competition were also evaluated in front of the audience by Dr. H Prabhakar.

The event was followed by fashion show where students walked the ramp reflecting the Western and Indian Culture.

The event was concluded with prize distribution for various categories. Also, the dignitaries announced the winner of Best Manager 2017, and Mr. & Ms. IIBS 2017. 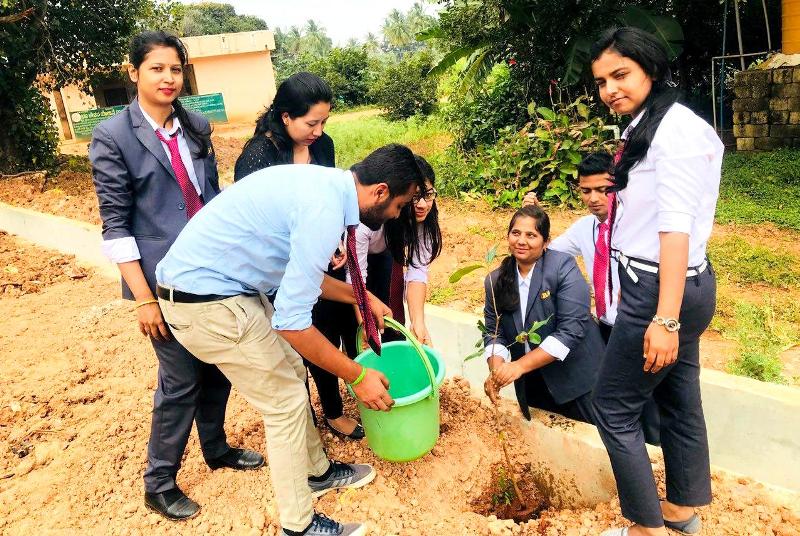 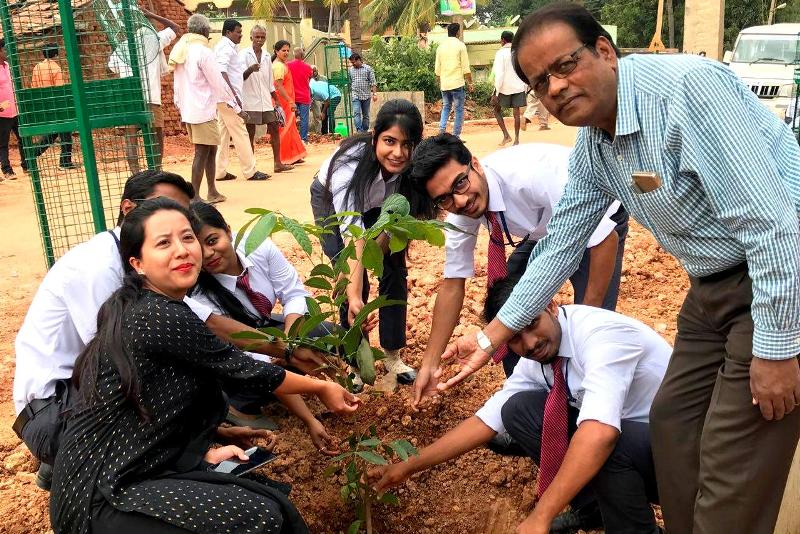 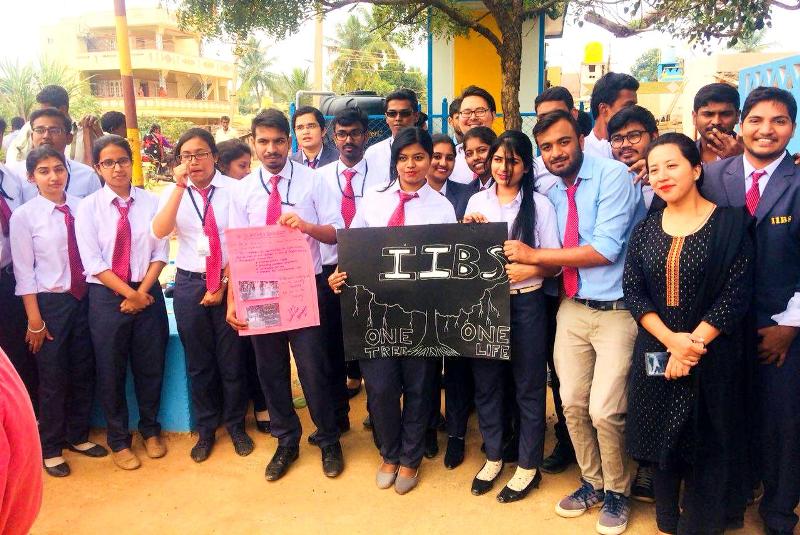 To understand and experience the meaning of Corporate Social Responsibility (CSR) among the students.

The plantation event took place at nearby village B.K Palya, as it was sponsored by Shell Company the village Govt. officials. Students were instructed first how to plant trees and then was given an opportunity to plant more than 45 saplings along with the BDM of SHELL Company and her colleagues. Everyone was excited and eager to participate after we finished the govt. officials thanked the BDM of SHELL Company and IIBS College for the support.

Everyone experienced the work for social responsibility and is waiting for getting a chance to do it again. We thank IIBS for giving us the opportunity and our faculty members Dr. H Prabhakar and Prof. Rubina Chettri for executing this event.